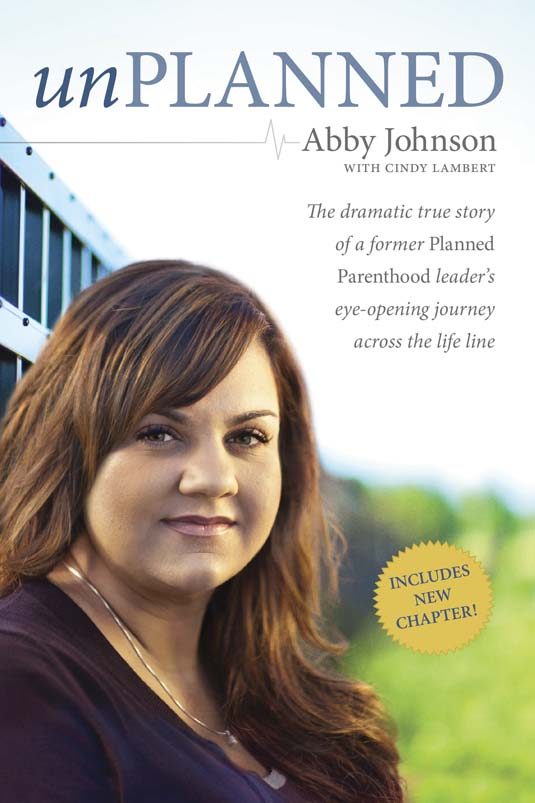 By Abby Johnson and Cindy Lambert

Retailers Choice Award winner, 2012
Abby Johnson quit her job in October 2009. That simple act became a national news story because Abby was the director of a Planned Parenthood clinic in Texas who, after participating in an actual abortion procedure for the first time, walked down the street to join the Coalition for Life.

Unplanned is a heart-stopping personal drama of life-and-death encounters, a courtroom battle, and spiritual transformation that speaks hope and compassion into the political controversy that surrounds this issue. Telling Abby’s story from both sides of the abortion clinic property line, this book is a must-read for anyone who cares about the life versus rights debate and helping women who face crisis pregnancies. Now updated with a new chapter covering the latest events in Abby’s journey, in the news, and in changing legislation . . . and revealing the impact Abby’s story has had in the most surprising places.