Home Books Don’t Blink: What the Little Boy Nobody Expected to Live Is Teaching the World about Life 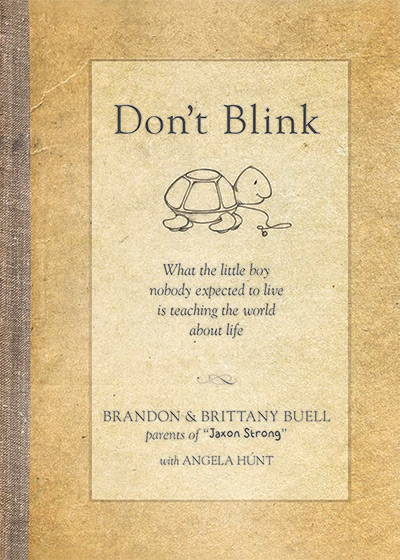 Don’t Blink: What the Little Boy Nobody Expected to Live Is Teaching the World about Life

Not long into their pregnancy, Brandon and Brittany Buell were given the heartbreaking news that their son, whom they had already named Jaxon, had a rare condition called Microhydranencephaly (meaning that he was missing part of his skull and most of his brain), and that he would likely die in utero or shortly after birth. If he did somehow survive, they were told he would suffer from severe neurological problems, would likely be deaf, blind, and unable to sit up, crawl, or communicate. Terminating the pregnancy was suggested on numerous occasions, but the Buells refused, opting instead to “choose life.”

In Don’t Blink, Brandon and Brittany share the invaluable lessons that Jaxon—now approaching two—has taught them about the inherent value of every human life, the extraordinary power of faith, and the key to living each and every day to the fullest.