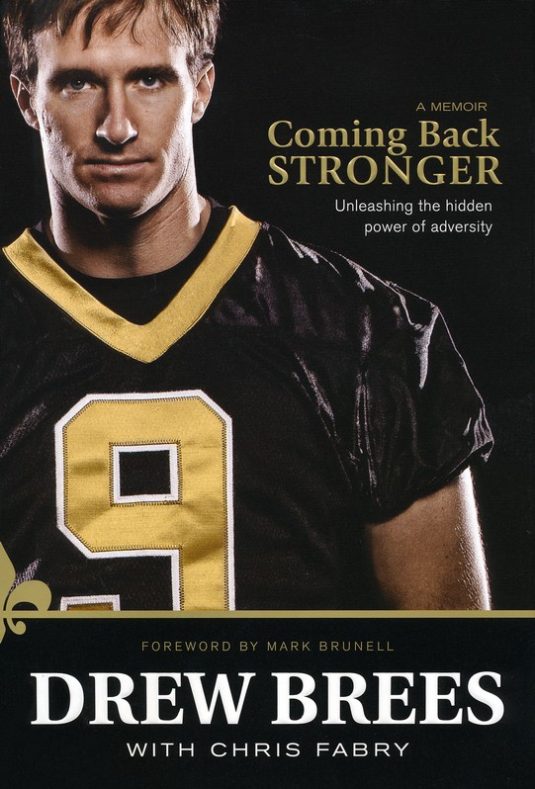 Coming Back Stronger: Unleashing the Hidden Power of Adversity

By Drew Brees and Chris Fabry

When a potentially career-ending shoulder injury left quarterback Drew Brees without a team—and facing the daunting task of having to learn to throw a football all over again—coaches around the NFL wondered, Will he ever come back? After Hurricane Katrina devastated New Orleans, leaving more than 80 percent of the city underwater, many wondered,Will the city ever come back? And with their stadium transformed into a makeshift refugee camp, forcing the Saints to play their entire 2005 season on the road, people questioned, Will the Saints ever come back? It takes a special person to turn adversity into success and despair into hope—yet that is exactly what Super Bowl MVP Drew Brees has done—and with the weight of an entire city on his shoulders. Coming Back Stronger is the ultimate comeback story, not only of one of the NFL’s top quarterbacks, but also of a city and a team that many had all but given up on. Brees’s inspiring message of hope and encouragement proves that with enough faith, determination, and heart, you can overcome any obstacle life throws your way and not only come back, but come back stronger.