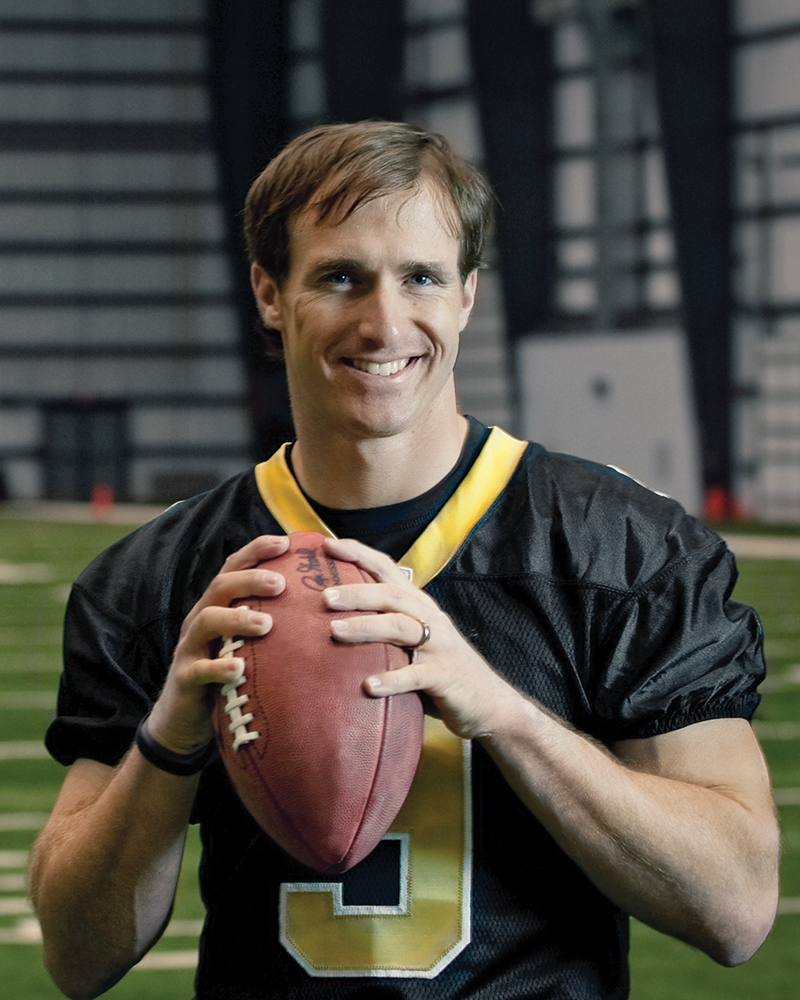 Drew Brees is the 2009 Super Bowl MVP–winning quarterback for the New Orleans Saints. A 2001 graduate of Purdue University, Drew was a two–time Heisman finalist and led the Boilermakers to a Big Ten championship and a Rose Bowl appearance during the 2000 season.

On February 7, 2010, he led the Saints to their first World Championship against the Indianapolis Colts in Super Bowl XLIV, completing a record thirty–two passes on his way to being named Super Bowl MVP.

As much pride as Drew takes in his on-field performance, he takes even more pride in his community service endeavors. Drew and his wife, Brittany, established the Brees Dream Foundation in 2003 and since then have raised and/or committed more than $5 million to help advance cancer research; improve care for cancer patients; and help rebuild schools, parks, playgrounds, and athletic fields in New Orleans, San Diego, and the Purdue community.

A native of Austin, Texas, Drew currently lives with his wife, Brittany, and son, Baylen, in New Orleans.